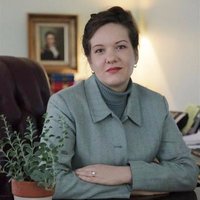 Prior to entering the field of law, Ms. McAdoo Gordon was a Special Agent for the Department of Defense, Defense Investigative Service (now the Defense Counterintelligence and Security Agency), conducting background investigations for security clearances.  While at DIS, she completed advanced personnel and facility clearance training.  Consequently, as an attorney, she also helps individuals and companies navigate the security clearance application process, in addition to defending revocation of clearance cases.

Ms. McAdoo Gordon is the author of a number of articles at The Federalist and Redstate, focusing on legal, political, and public policy issues.  She annually teaches two courses for the District of Columbia Bar – one on debarment from government contracting, and one on expungement/sealing of criminal records.  She is a frequent commenter on current events on Twitter as @McAdooGordon.