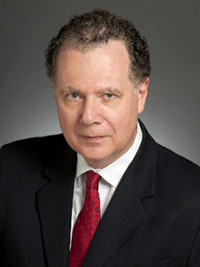 David P. Goldman is President of Macrostrategy LLC, a financial consulting firm serving institutional investors. David is also Managing Director and Head of Americas at Reorient Group (Hong Kong). He was global head of debt research for Bank of America (2002-2005), global head of credit strategy for Credit Suisse (1998-2002), Strategist for Asteri Capital (2007-2009), and also held senior positions at Bear Stearns and Cantor Fitzgerald. In 2001 he was elected to Institutional Investor Magazine’s All-American Fixed Income Research Team as Strategist/Generalist. He is a widely-followed analyst of world affairs, writing the “Spengler” column at Asia Times Online and the “Spengler” blog at PJ Media, and serving as a Fellow at The Jewish Institute for National Security Affairs and an Associate Fellow of the Middle East Forum. His book How Civilizations Die (and why Islam is Dying, Too) was published by Regnery in September 2011. He is a regular guest on CNBC’s “The Kudlow Report” and has appeared on Bloomberg News, Fox News and other national television venues. His writing has appeared in Forbes (where he was a columnist from 1994 to 2001), the Wall Street Journal, American Interest, Commentary, the Journal of Applied Corporate Finance and many other publications.