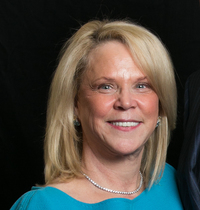 Vicki London is an accomplished author and novelist. Earlier in her career, she was the Director of Administration at New York University’s Gallatin Division. Married for over 40 years to the London Center’s founder and former president, Herbert London, Vicki was closely involved in many of Dr. London’s professional pursuits, including the formation and running of the Center. She holds a BA from Brooklyn College and an MA and MBA from New York University.