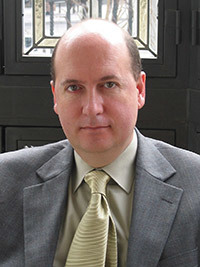 From 1986 till 1996 he was the Director of the “Strategic Studies Group” (GEES), a private, non-partisan think-tank based in Madrid which conducts research and produces analysis on international security and defense issues and provides consultancy work for NATO military commands, the Spanish armed forces, the Spanish intelligence service and defense contractors.

In 1996 he was appointed Senior Strategic Advisor to the Defense Minister of Spain. In 2002, he became National Security Advisor to the Spanish Prime Minister, José María Aznar.

From 2004 to 2011 he served as the Senior Advisor to the former President of Spain, being also the Director for Foreign Policy at FAES Foundation in Madrid. During 2011, he was the Director of the Office of Net Assessment.

He is a member of the Atlantic Council of the United States Strategic Advisory Group, a senior research fellow at the Jerusalem Centre for Public Affairs and an advisor to the Special Operation Forces HQ at NATO.

He is a member the Advisory Board of MNEMO (a cybersecurity Spanish firm) and ERGO (an intelligence and advisory firm based in New York). He is currently the CEO of World Wide Strategy, a consultant firm based in Miami.

He has published several books and numerous contributions to texts and seminars abroad, as well as articles in specialized magazines and in the press where he holds weekly columns in different newspapers.

A Scuba diver instructor and underwater photographer, he had won several international awards for his work to protect the sharks.

He is married with one son.