Immigrants, invaders and the power of the president to stop it all

Immigrants enter a country upon application and approval by government in a lawful controlled process that protects the citizens of said country and facilitates assimilation of the newcomers.

Countless amazing Americans have followed this lawful process — no matter the time, expense or trouble involved.

Yet for years now, the United States has been under increasing assault. A Yale-MIT study just revealed there are at least 22 million people here illegally — double the number of previous estimates.

Meanwhile, there are 39 million cases of identity theft — serious crimes causing untold and yet undiscovered damages to American citizens — suggesting that the number of illegals is twice that of the Yale-MIT study.

Now, mobs of thousands are on the march to our borders—creating an immediate existential threat to all that we have and that we are. Violent gate-crashers demanding access to our country are invaders — not immigrants.

The invasion must stop — and now. As President Trump proclaimed: “Not on my watch.”

Why not just let them all in? We’re a big country with some of the most generous people in the history of the world. We wish everyone could enjoy our freedoms and prosperity.

As sympathetic as many in the “caravan” might be, embedded with them are untold numbers of MS-13 gang members, drug dealers, rapists, pedophiles, murders, and terrorists. Indeed, Guatemala, from which the caravan has come, just arrested 100 members of ISIS.

Friday night, the “caravan” proved to be a violent mob. Video footage shows them breaking through the fence at the southern border of Mexico, injuring Mexican officers and entering Mexico illegally. Categorically, they are criminals.

Hopefully, the president’s new and miraculous agreement with Mexico to stop this criminal mob within Mexico will work. Mexico now has grounds to arrest all of them for violating its laws and assaulting its officers. Perhaps a term incarcerated in Mexican prisons will deter future violations.

In any event, President Trump has the authority to stop the entry of ALL aliens into the United States. “The great Lou Dobbs” and I began discussing this last week.

Title 8, United States Code §1182(f) gives the president the power “to suspend the entry of all aliens” whenever he finds their entry “would be detrimental to the interests of the United States.” It’s just that simple.

The Supreme Court recently affirmed this power of the President in Trump v. Hawaii. The Court was very clear: “The sole prerequisite set forth in 8 U.S.C. §1182(f) is that the President ‘find[]’ that the entry of the covered aliens ‘would be detrimental to the interests of the United States.’”

The Court specifically noted the “broad statutory text and the deference traditionally accorded the President in this sphere.”

The president can “suspend the entry of all aliens.”

While the plain language of the statute is so clear that the president need not even give reasons, there are countless reasons to stop all immigration right now.

A mysterious virus called “acute flaccid myelitis” or AFM is sweeping the country. The Center for Disease Control does not have a cause or a remedy for this virus that paralyzes children and young adults — much like the all-but-eradicated poliovirus.

We have an ever-burgeoning national deficit that is mortgaging the souls of our children and grandchildren. Even our amazing Trump-unleashed economy cannot satisfy that debt in our lifetimes.

Resources diverted to dealing with the mobs who deem themselves entitled to live in our country instead of working or even fighting to improve their own — as our ancestors did — increase the stress on our physical and financial resources exponentially.

We have an opioid epidemic, a fentanyl epidemic, and now a major health crisis afflicting our children. Those problems come across the border.

Simultaneously, we have thousands of homeless veterans to whom we owe an immeasurable debt. Yet, we are not even providing them adequate health care for mental and physical injuries they suffered in their selfless service to protect our freedom.

Battered women with children are an increasingly large segment of the homeless; runaway and abandoned American children are homeless and living on our streets.

We accept and welcome more lawful immigrants than any other nation. Unfortunately, they have not assimilated well. Downtown Detroit has signs in English and Arabic. Many from all countries have never learned English. Americans have died at the hands of illegals — all unnecessarily.

The accommodations we make as a humanitarian society deplete our manpower, physical facilities, and financial resources and divert them from the service of Americans. Millions of people around the world yearn to live in America, but we cannot provide a home or job for the world’s population. We would no longer have a country.

Strangers breaking into American is no different than breaking into your home and demanding that you house, feed, clothe and educate them while providing for their medical needs. Americans are overloaded and fed up.

The only way America can lead and serve the world role is from a position of strength. This is why airlines tell adults to put on their oxygen masks first, then help their children.

In the interests of the United States, the President can hit the pause button and stop all immigration now. He can include exceptions — or not.

He can seal the border legally and physically for the protection of the citizens and lawful residents of the United States, and this President has the courage to do so.

Sidney Powell was a federal prosecutor in three districts under nine U.S. Attorneys from both political parties, then in private practice for more than 20 years. She is past-president of the Bar Association of the Fifth Federal Circuit and of the American Academy of ... 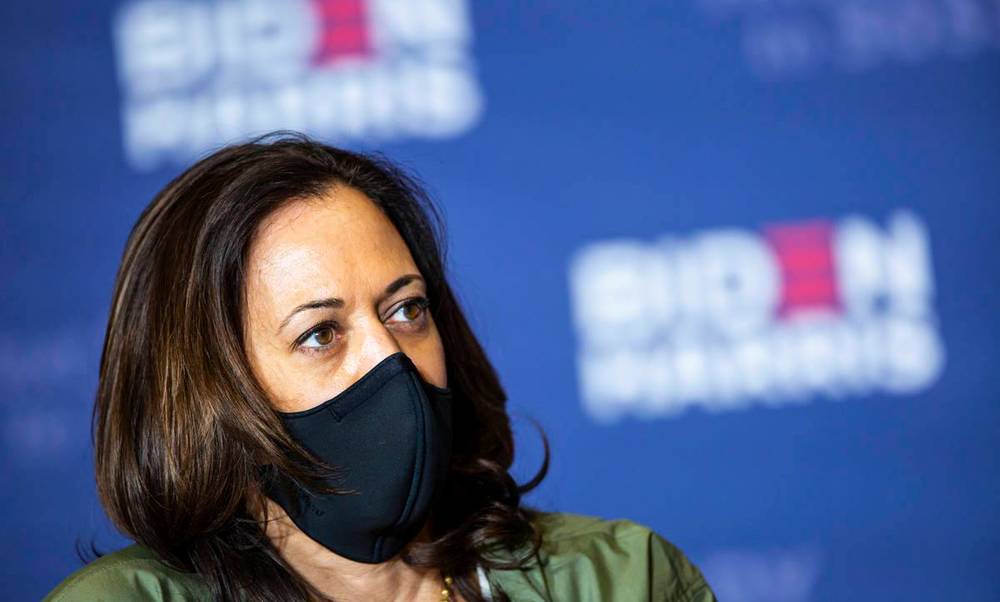