Will America be True or False?

London Center for Policy Research
by Bennett McPhatter, Board Member

Our choices in large part make us who we are, and that certainly holds true for any nation. Our struggle for consensus in this Presidential election given the accusations of fraud, foreign interference, and more is fast approaching a Constitutional crisis, or worse.

The London Center for Policy Research, a 501(c3) organization founded by the late Dr. Herb London, is organized to engage in research on the key policy issues of our time: national security, energy, and risk analysis. Those who knew Herb well would say that he applied reason and logic in search of truth. I believe in no higher issue for our nation than truth, with clarity and transparency, in our electoral process and I trust that most Americans will agree. Without truth, we all live in deception, “by consent of the governed” no longer exists, and we lose the concept of individual rights endowed by our creator. Truth is the most important construct that binds the fabric of any civilized society, so this information is offered with reason and logic in keeping with Herb’s legacy.

My intent is for this to be a nonpartisan piece written for all Americans who understand the critical value of truth in our elections. The stakes are high, so my sincere hope is that we can set aside emotion and run through this thought process together. But first, we need to agree on two basic and non-partisan principles:

(1) to consider the facts alone, independent of any weight given to our preferred candidate; and

(2) that any piece of information that is objectively False shall not be tolerated.

So, what is truth and how can we agree on what is true? Truth is, that’s a topic well beyond the scope of this article. Instead, as a first step, I offer a simple rule that is, by definition, a truism; and that is this: What is False cannot be True.

That statement is a truism. It is a statement that is obviously true, self-evident, and offers nothing new or interesting. It simply serves as a baseline and a reality upon which we should all agree.

Our analysis will focus on the Edison data with complete disregard for how it came to be. We won’t focus on voting machines, outside evidence, or other information independent of the document itself. We will apply a construct known as the Four Corners doctrine, which often applies to contracts, that basically means our analysis will use only the contents of the Edison data itself and not rely upon other information.

Why are we doing this and why is this Edison data so important? Let me explain. The Edison data refers to the state-level chronologically ordered sequence of ostensibly recorded facts reported to the American people through the various media outlets. A twin, or exact copy, of this data also exists with the Secretary of State (“SoS”) for each State and which is relied upon for certification of the electoral results by each said SoS.

Each chronological event, recorded as a data entry, in the Edison data [document] reports its own claim of facts representing a snapshot of the election counting status at that point in time. The pertinent data elements are: Ordinal, Timestamp, Total Votes, Biden Vote %, Trump Vote %. Ordinal is simply a sequential number, starting at 0. Timestamp is the Date and Time to the second, the Vote % for each candidate is recorded as a decimal value which represents a percentage accurate to one-tenth of one percent. For example, “0.389” converts to 38.9%. A unique Edison document is written for each State and each can be downloaded from the New York Times data server(s) at a unique URL reserved for each State.

Hence, the Edison data is logically represented in tabular form where the data element headers are followed by multiple entries. Consider the following example in Table 1:

Each of these line items makes a claim. The line corresponding to Ordinal value 109 claims a certain Total Votes and Vote % for each candidate. This is true for Ordinal value 110, 111, and all line items throughout the document. Moreover, all claims in the same document are equivalent in importance. No claim, whether it comes earlier or later than any other claim, purports to be of any greater or less accuracy than any other. Hence, these are peer claims.

Now that we understand the Edison document for each State, let’s review the logic by which we will analyze the contents of the document, comparing each line to the next, and giving equal weight to all claims.

Our logic is designed to identify objectively False claims. This is an important distinction from allegations of fraud [which requires intent], or improbable claims [which allow for the possibility of Truth]. Objectively False claims are discovered through a self-evident inspection of each claim in relation to the next given its position in the chronologically ordered set of claims. Hence, the standard for being confirmed “False” is self-evident mathematical impossibility. Statistical improbabilities will not be considered to be confirmed False since an improbable claim still allows for the possibility of Truth. In contrast, the impossible claim must be evaluated as False.

We simply apply our rule: “What is False cannot be True” to conclude with certainty that one or both of any two contradicting claims must be False. Simple.

Let’s consider an illustration of the type of pattern we are looking for. Consider Table 2 below:

In Table 2, we see that one claim contradicts another. In claim #44, we observe a reference point of 400 votes for each candidate. One minute later, in claim #45 we observe the difference in Total Votes to be 200, yet John gained 300 votes, Mary lost 100 votes and we had an impossible movement of percentage given the difference in Total Votes. Stated differently, even if John received 100% of the 200 additional votes, his percentage would be 60% [600 votes] and Mary’s would be 40% [400 votes].

We analyzed data from all 50 states with a total of 10,958 claims [line items] from the beginning of each on November 3, 2020 to December 16, 2020. This is the substance of what was reported to the American people and the basis for certification by each Secretary of State and the results speak for themselves.

Consider Figure 1 below, which is a chart of True and False claims for each of the battleground states.

The values in Figure 1 represent the number of times a verifiably False claim was made, not the number of votes. Importantly, however, they represent hundreds of thousands of votes far in excess of the margin of victory in each state. In Georgia alone, that number is over 184,000 votes.

To be clear, this analysis does not pick a winner, nor does it make allegations of fraud or misconduct of any kind. For that, evidence outside the Edison document itself would be required. It does however reveal a bright line of Truth; and that is this: The Edison data relied upon for certification of electoral results contains verifiably False information. These are False claims that invalidate the entire data set for purposes of certification.

What is it to certify? Black’s Law Dictionary defines “certify” as “To authenticate or verify in writing.” “To attest as being true or as meeting certain criteria.”

Many are now arguing whether to Certify results [as being True]. But how can something that’s objectively [mathematically] False be certified as True? It cannot; because if it were, the certification itself would be rooted in deception.

What should we do about it? That’s the question that many are asking, and the answer is simple. We should find out what happened and fix it. We should do what’s necessary to root out errors or malfeasance, in a transparent manner, so that we can trust the results. Until then, no certification of results should take place in States that have even one verifiably False claim.

Fidelity to the truth is the deepest foundational principle of our great nation; since without truth, there is only falsehood. Failure to protect and value truth creates an environment for deception to flourish. Without fidelity to truth, words simply do not matter because they can have no shared meaning. Everything is gray and there are no bright lines to limit our actions.

We still have a choice of whether to cross the bright line that separates objectively False information from Truth.

Mr. McPhatter is an experienced professional with over 20 years of domestic and international government, military and private sector experience. Mr. McPhatter is a proven innovator and technology-centric entrepreneur having co-founded two successful software companies since 1997. He has extensive experience in commercial software development, systems engineering, large scale systems integration and data analytics. He is also a former U.S. Marine Intelligence NCO who graduated from the Navy and Marine Corps Intelligence Training Center (NMITC) in Dam Neck, VA.

You can provide feedback at https://londoncenter.org/contact with the subject line: “Will America be True or False”.

More information, including source code written in Microsoft C#, and data files supporting the content of this article are available through the London Center upon written request.

Mr. McPhatter is an experienced professional with over 20 years of domestic and international government, military and private sector experience with a focus on the creation and delivery of value-based technology systems that provide results. Mr. McPhatter is a prove... 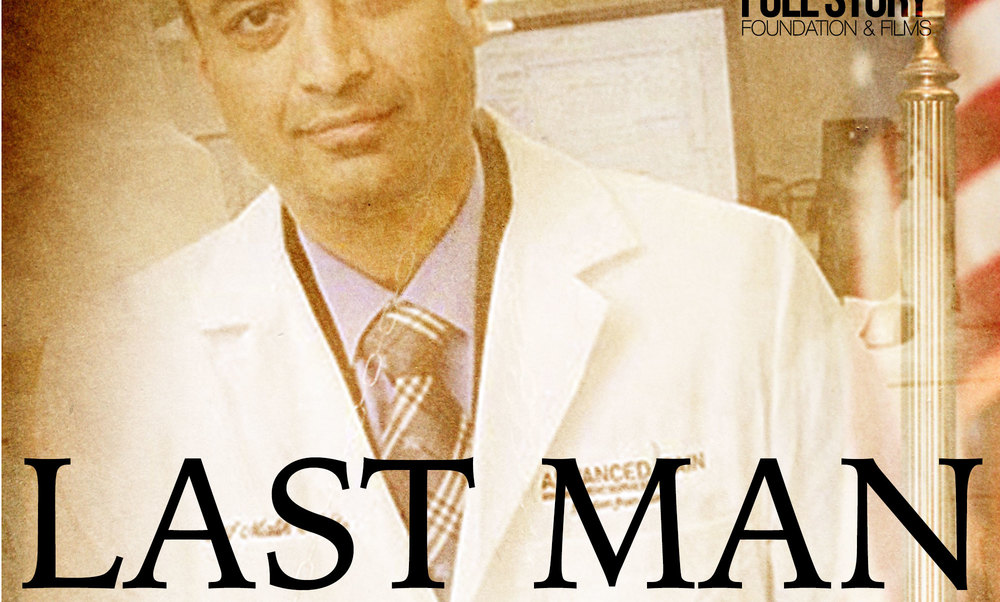 Last Man Standing Documentary: The United States vs. Dr. Atif Malik and Why this Case is Important to You